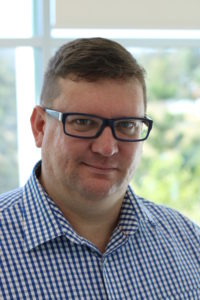 Dr. Andrew J. Draper is Dentist is a local who grew up on the Redcliffe peninsula. Completing his high school studies in 1991, he went on to study Dental Science at the University of Queensland, securing a scholarship with the Royal Australian Air Force. He graduated from the University of Queensland in 1996 and went on to work for the Air Force and in Australian Defence Force senior dental roles between 1997 and 2015, with a 6 month sabbatical to private practice in 2000, and further study in 2002 and 2010. He has gone on to complete a Masters in Population Health through the University of Queensland in 2013 and became a Fellow of the Royal Australasian College of Dental Surgeons (General Dental Practice) by examination in 2014. In August 2015, he left the Royal Australian Air Force to establish a private practice after more than 21 years service with the Australian Defence Force.

During his career, he has been a clinical demonstrator in Oral Surgery and General Dental Practice at the University of Sydney, University of Queensland, and in Periodontology at Griffith University. As one of the most senior Dentists in full time military service, he lectured other Health Officers in Dental subject matter including maxillofacial trauma, aviation medicine aspects of dental disease, and dental population health. He helped mentor and develop dental officers new to the Defence Force since 2000 until leaving the military in 2015.

He is presently a member of the Federal Infection Control Committee and Dental Practice Committee of the Australian Dental Association and provides professional assistance as required to the Queensland Civil and Administrative Tribunal and to the NSW Health Care Complaints Commission in relation to matters being heard regarding dental professionals.

He is a member of the Society for Special Care in Dentistry, and in the Australian and New Zealand Society of Paediatric Dentistry (non-specialist member).

With has a strong interest in periodontology, conservative dentistry, dentistry for the medically compromised and anxious, and aesthetic dentistry, why not book in to see him. Go on. Make a positive change for your oral health today!

Here to help you

We would love to have the opportunity to help you achieve your oral health goals.

You can request an appointment through our online booking tool or contact us to have one of our staff discuss how we may be able to help you.